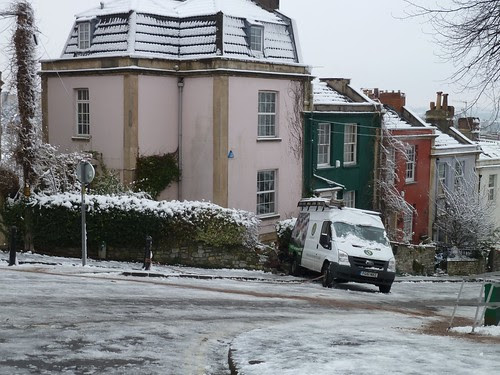 One of the things I've been busy doing this week is tightening the filesystem contract for Hadoop, as defined in FileSystemContractBaseTest : there are some assumptions in there that are clearly "so obvious" it wasn't worth testing.
Of these tests, #1 and #7 are directly related to some problems I've encountered in collaborating on implementing a Hadoop Filesystem for OpenStack, in collaboration with Rackspace and Mirantis. #1 -OpenStack Swift doesn't differentiate a dir with no children from an empty directory -they are both 0-byte objects which become directories when there is >1 objects with a path name under that object's name. #2: we don't eventual consistency here.

The others? Things I thought of as I went along, looking at assumptions in the tests (byte ranges of generated test data), and assumptions so implicit nobody bothered to specify them: case logic, mv dir dir/subdir being banned, etc. And experience with Windows NT filesystems.

This is important, because  FileSystemContractBaseTest is effectively the definition of the expected behaviour of a Hadoop-compatible filesystem.

It's in a medium-level procedural language, but it can be automatically verified by machines, at least for the test datasets provided, and we can hook it up to Jenkins for automated tests.

And when an implementation of FIleSystem fails any of the tests, we can point to it and say "what are you going to do about that?"

If there is a weakness: dataset size. HDFS will let you create a file of size > 1PB if you have a datacentre with the capacity and the time, but our tests don't go anywhere near that big. Even the tests against S3 & OpenStack (currently) don't try and push up files >4GB to see how that gets handled. I think I'll add a test-time property to let you choose the file size for a new test "testBigFilesAreHandled()"

The point is: tests are specifications. If you write the tests after the code they may simply be verifying your assumptions, but if you do them first, or you spend some time thinking "what are some foundational expectations -byte ranges, case sensitivity, etc- you can come up with more ideas about what is wanted -and more specifications to write.

Your tests can't prove that your implementation really, really matches all the requirements of the specifications, and its really hard to test some of the concurrency aspects (how to simulate the deletion/renaming of a sub-tree of a directory that is in the process renamed/deleted). Code walkthroughs are the best we can do in Java today.

Despite those limits, for the majority of the code in an application, tests + reviews are mostly adequate. Which is why I've stated before: the tests are the closest we have to a specification of Hadoop's behaviour, other than the defacto behaviour of what gets released by the ASF as a non-alpha, non-beta release of the Apache Hadoop source tree (with some binaries created for convenience).

Where are we weak?
I'd love to know how better to test this stuff, or at least prove valid behaviour in Java with the Java5+ memory model on an x86 part , a 1GbE ethernet between the cluster (with small or jumbo frames), & something external talking to the cluster off another network.

[photo: van crashed into a wall due to snow and ice on nine-tree hill, tied to a bollard with some tape to stop it sliding any further]
Posted by SteveL at 05:10 No comments:

There's a CFP out for papers for this summer's (US) Hadoop summit. 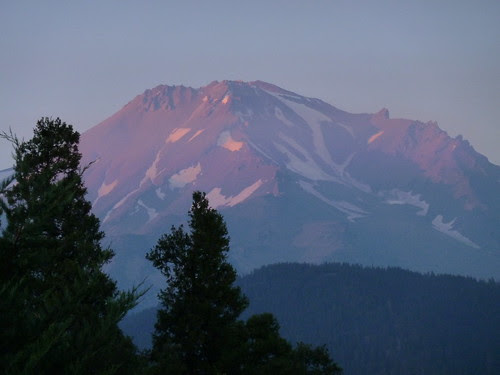 Having reviewed one of the tracks for the forthcoming Hadoop Summit EU, we -Johannes Kirschnick, Bill de hÓra and myself- had to go through 30+ abstracts, and pick under 10 of them. That's a 2:1 rejection rate -so we had to be ruthless. Rather than pick abstracts based on author, employer, whether or not they were on the review committee (i.e. me), whether they were a world class public speaker people would willingly travel to hear speak (i.e. me), or whether they were friends or colleagues, we had one basic critera: "would this be interesting and relevant for the audience", where the audience were people who had paid to come to Amsterdam to hear about the future of Hadoop."

That translated into:
That focus on near-line futures (the stuff where you'd discuss using the present tense in French), meant that some of the sessions that would be so profound they'd be memorable for decades (specifically, Hadoop: Embracing Future Hardware, by S. Loughran), had to be left out.  Which is a shame, because there were some really interesting things I'd like to hear about -but I'm not representative of the audience. Here I am, at an in-law's house in London, laptop out, headphones on with Underworld playing loud enough to avoid the whining sound coming from an 11 year old complaining that the lockdown of the other laptop and consequent upgrade to JDK 7 has stopped minecraft. The IDE is showing the code for a converged HADOOP-8545 SwiftFS Filesystem;  a terminal building Hadoop locally so that Maven doesn't decide to pull a Hadoop-snapshot from the Apache repos, even though I built one locally myself only yesterday. Today's trunk benefits from a review and commit by Suresh od my HADOOP-9119 patch, one that verifies that when you overwrite a file in the FS with a new file, you get the contents of the new file back. (Because eventual consistency may not be what you want).  My notion of "Hadoop future" is not that of people who don't have spreadsheets full of JIRA issues to hand -and with them in mind, we have had to be pragmatic about what people want to know about.

We've also had to go through those proposals and sift those more-immediate future talks based on which ones sound the best. Which was done based on the abstracts.

The better the abstract, the better rank your paper got.

Some of the talk proposals had proposals competing directly with others for the same area and theme. When that happened, the one with the most compelling abstract got in. When there were some up and coming parts of the Hadoop stack, we had to select between them, again based on the abstract"

This is important because a vague one "we will show some interesting developments in Project XYZ"  isn't going to get in based on (speaker, org). That's for keynotes. For the technical talks, we needed to know enough about the talk to decide whether or not it was interesting and compelling for the audience.

The result of that is, we hope, an excellent set of talks for the audience, even though the limited space meant that coverage of all that is going in the Hadoop world is incomplete, and there will be some late-breaking features coming along. The should be some space for lighting talks, demo sessions, and presumably when I'm loitering by the Hortonworks booth I'll give demos of what I've been doing. There will be ways to see really new stuff.

What you won't get is full talks on such topics -which is why if you are working on something that you think is excellent and compelling to the audience of the next Hadoop Summit:


Submit a proposal with a really compelling abstract

2013-01-07 21:00 GMT Potential security breach of a home gmail account.
At or around 02:00 last night (GMT) at least five people, including myself were sent a URL by my wife.
I have 3 theories.
Immediate Actions
If I see any signs of the laptop being compromised, it's rebuild time. The only reason I'm not doing it now is that I don't know how to do this on a mac -yet.

22:09 Update
I'm concluding that the gmail login was guessed by brute force. The 2-way auth and new password should prevent this happening again, though we have to consider the contacts list and (personal) emails compromised.
Posted by SteveL at 22:03 No comments: