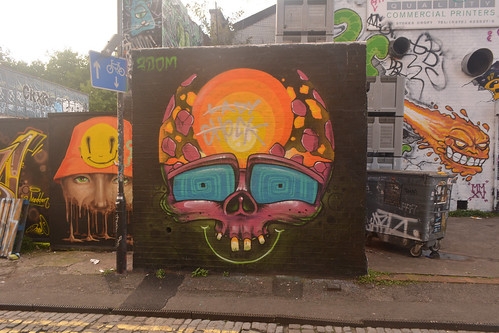 Given the audience numbers for Arrival, in the first fortnight of its public release, more people will have encountered linguistic theory and been introduced to the Sapier-Whorf hypothesis than in the entire history of the study of linguistics (or indeed CS & AI courses, where I presume I first encountered it).

But it utterly dodges Chomsky's critique —that being the second irony: more people know Noam Chomsky(*) for his political opinions than his contributions to linguistics and his seminal work on Grammar; regexp being type 3, and HTML being very much not. While I'm happy to willingly suspend my disbelief about space aliens appearing from nowhere, the notion that S-W implies learning a new language changes the semantics of happens-before. grated on me. I'd have really preferred an ending where the lead protagonists retreat and admit defeat to the government, wherein Chomsky does a cameo, "told you!" before turning to the person by his side and going "More tea, Lamport?"

The whole premise of S-W, hence the film, is that language constrains your thinking: new languages enable new thoughts. That's very true in computing languages; you do think of solutions to problems in different ways, once you fully grasp the tenets of language like Lisp and Prolog. In human language: less clear. It certainly exposes you to a culture, and what that culture values (hint: there is no single word for Trainspotting in Italian, nor an english equivalent of Passiagata). And the S-W work was based on the different notions of time in Hopi, plus that "13 words for snow" story which implies the Inuit see snow differently from the rest of us. Bad news there: take up Scottish Winter Mountaineering and you not only end up with lots of words for Snow (snow, hail, slush, hardpack, softpack, perennial snowfield, ET-met snow, MF-met snow, powder, rime, corniche, verglas, sastrugi, ...), you end up with more words for rain. Does knowing the word Dreich make you appreciate it more? No, just that you have more of a scale of miserable.

Chomsky argued the notion of language comprehension being hardwired into our brain, the Front Temporal Lobe being the convention. Based on my own experiments, I'm confident that the location of my transient parser failures was separate from where numbers come from, so I'm kind of aligned with him here. After all: we haven't had a good conversation with a dolphin yet, and only once we can do that could we begin to make the case for what'd happen if we met other sentient life forms.


To summarise: while enjoying the lovely cinematography and abstract nature of the film, I couldn't sit there in disbelief about the language theme while wondering why they weren't asking the interesting questions, like The Halting Problem, whether P = NP, or even more fundamental: does maths exist, or is it something we've just made up?

Maybe that'll be the sequel.

[Alford80] Demise of the Whorf Hypothesis.

(*) This had made me realise, I shoud add Chomsky to the list of CS grandees I should seek to be gently chided by, now having ticked Milner, Gray and Lamport off the list

Earlier this year I moved to a different country.

Whenever I think I've got accustomed to this country's differences, something happens. A minister proposes having companies publish lists of the numbers of non-British employees working on them. A newspaper denounce judges as Enemies of the People for having the audacity to rule that parliament must have a vote on government actions which remove rights from its citizens.  And then you realise: it's only just begun. 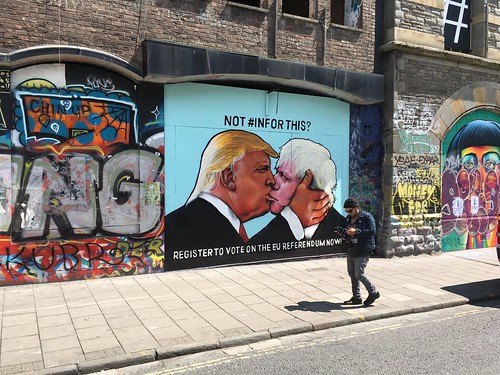 A large proportion of the American population have just moved to the same country. For which I can issue a guarded "hello". I would say "welcome", except the country we've all moved to doesn't welcome outsiders —it views them with suspicion, especially if they are seen as different in any way. Language, religion and skin tone are the usual markers of "difference", but not sharing the same fear and hatred of others highlights you as a threat.

Because we have all moved from an apparently civilised country to one where it turns out half the people are the pitchfork waving barbarians who are happy to burn their opponents. That while we thought that humanity had put behind them the rallies for "the glorious leader" who blamed all their problems on the outsider —be it The Migrant, the Muslim, The Jew, The Mexican or some other folk demon, we hadn't; we'd just been waiting for glorious leaders that looked slightly better on colour TV. 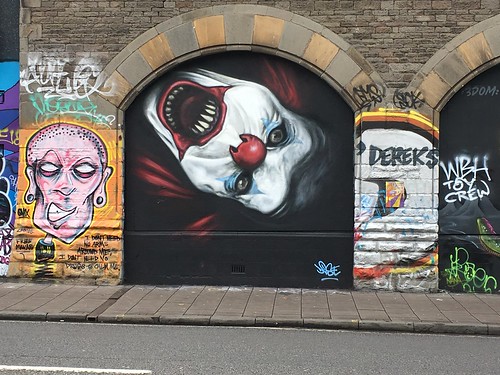 One thing I've seen in the UK is that whenever something surfaces which shows how much of a trainwreck things will be (collapse in exchange rates, banks planning to move), the brexit advocates are unable to recognise or accept that they've made a mistake. Instead they blame: "the remainers", the press "talking down the country", the civil service "secretly working against brexit", the judicial system (same); disloyal companies. Being pro-EU is becoming as much a crime as being from the EU.

That's not going to go away: it's only gong to amplify as the consequences of brexit become apparent. Every time the Grand Plan stumbles, when bad news reaches the screens, someone will be needed to take the blame. And I know who it's going to be here in England —troublemakers like me.

We're sitting through a history book era. And not in a good way.

If there's one change from the past, forty years from now, PhD students studying the events, "the end of the consensus", "the burning of the elites", "the rise of the idiotocracies", or whatever it is called, they'll be using Facebook post archives and a snapshot of the twitter firehose dataset to model society. That is: unless people haven't gone back and deleted their posts/tweets to avoid being recorded as Enemies of the State

ps: Happy Kristallnacht/Berliner Mauer Tag to all! If you are thinking of something to watch on television tonight, consider: The Lives of Others