Hadoop 2.1-beta: the elephants have come out to play

After many, many months, Hadoop 2.1 Beta is ready to play with 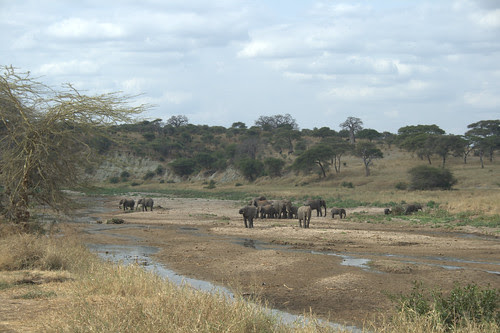 From Arun's announcement:  Users are encouraged to immediately move to hadoop-2.1.0-beta

Some other aspects of the announcement (with my comments in italic)
What big things of mine are in there?

Primarily  YARN-117: hardening the YARN service model for better resilience to failure and reliable subclassing. There's certainly more than a hint of my old HADOOP-3628 work in there, which is itself somewhat related to SmartFrog -but the YARN service model itself has some interesting aspects that I can't take credit for. I should write it all up. Now that we have a common service API, we could now take away the many service entry points and write a single entry point that takes the name of a class, walks it through its lifecycle and runs it. This is precisely what YARN-679 proposes. Which in turn exactly what the Hoya entry point is. I'm using it there in both entry point and testing, so that I can evolve it based on my experience of using it in real apps.


The HADOOP-8545 openstack module isn't in there -I'd have liked it but at the same time didn't want to cause extra trouble by getting it in. FWIW the patch applies as is, it works properly -anyone can add it to their own build.

Minor tweaks whose implications are profound but nobody has noticed yet
Even so, these are noise compared to the big pieces of work, of which the key ones are HDFS enhancements and the YARN execution engine, YARN being the most profound.

I was one of the people who +1'd this release, here is what I did to validate the build. Notice that my process involved grabbing the binaries by way of the ASF M2 staging repo: I need to validate the downstream build more than just the tarball.

# clean build of hbase tar against the beta artifacts

# run some of the hbase cluster deploy & flexing tests

# build and the Hoya JAR with classpath pulled in

# D/L the binary .tar.gz file, and scp to an ubuntu VM with the hadoop conf properties for net-accessible HDFS & YARN services & no memory limits on containers

(notice how I have to spec the classname -this is the service launcher set up as the main class for the Hoya JAR; it can run any YARN service)

# point browser at HDFS master: http://ubuntu:8080/master-status , verify it is happy

This validation shows what YARN can bring to the table: you can not only run stuff in the same cluster, near the data, YARN works with the App Master to notify it of things failing, leaving it to the AM to handle it as it chooses. For Hoya, the action is: except when shutting down, ask for the number of containers needed to keep the cluster at its desired state. This is how we can run HBase clusters inside a YARN cluster. And, if you look at the source code, more is on the way...

Returning to Arun's annoucement: download and play with this, especially if you've been using Hadoop 2.0.5 or other pre-2.1 YARN platform. For anyone using 0.2.3.x in production, it's time to start regression testing during this beta phase, and coming up with an update strategy. For anyone on branch-1 based products, the upgrade is probably more significant -the HDFS improvements justify it irrespective of the features of YARN that matter most in large clusters and heterogeneous workloads. Again: download, start making sure that your code works in it -because these are the last few weeks to find critical bugs in that code before everything gets locked down until the successor release.


[photo: elephants in the Tarangire National Park, Tanzania. Probably the wildest night camping of the trip. Children can't run in the campsite in case they get mistaken for prey, and the driver couldn't get at the truck all night due to the 6 lions sleeping by it].